I can't knit a stitch to save my life...I tried, I failed, I taught myself to crochet! 🙂

I love crochet and all of the gorgeous stitch patterns that can be created, but I also love a good challenge and the look of knitted garments. So I thought to myself, "What better challenge than to design "Knit-Look" crochet garments & accessories?" This tutorial is for the modified slst2tog and it is the stitch I use most in my "Knit-Look" line. I believe this stitch is the closest crochet stitch that resembles knit. The photo below is of my Men's "Knit-Look" Reversible Beanie. This design was the first in my "Knit-Look" line and is a classic look for men! 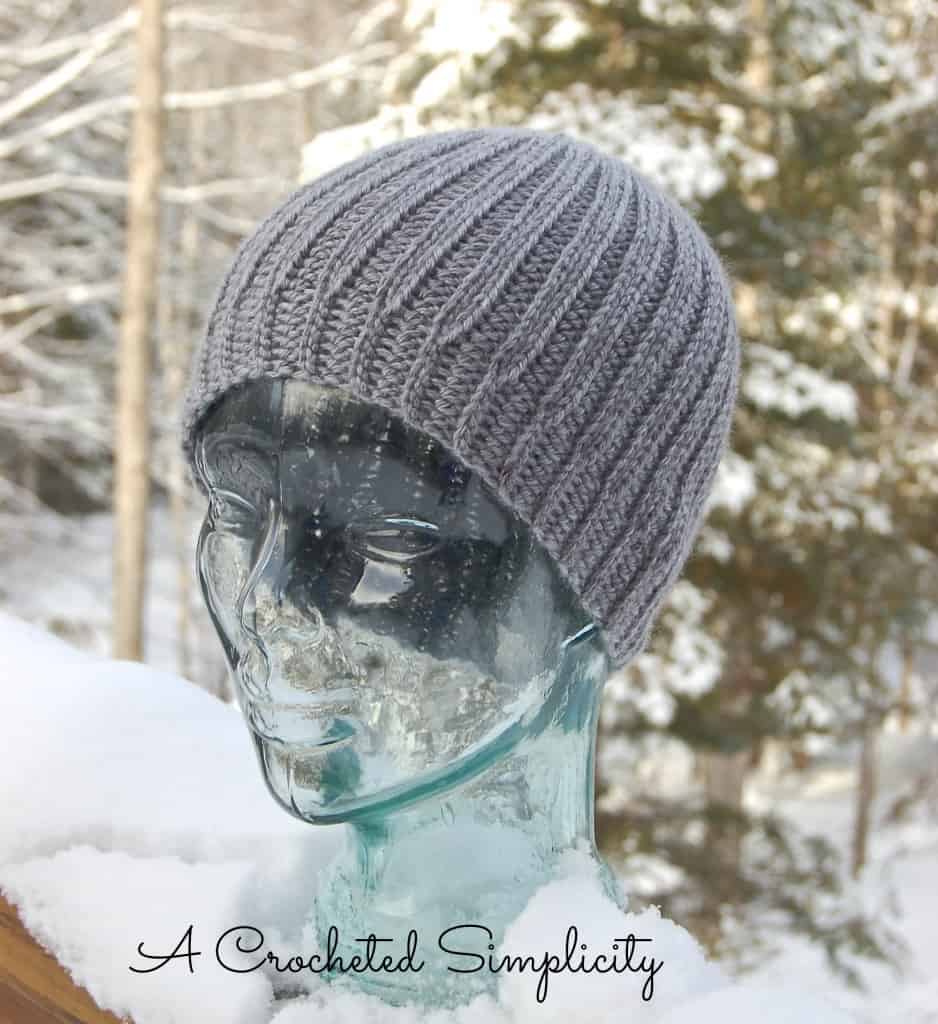 This stitch isn't complicated, but it will take a minute for you to train your brain to work it. Included in this stitch tutorial is a step-by-step photo tutorial, a video tutorial and a list of the most common mistakes. After working thru both tutorials and the troubleshooting list you should be able to work the modified slst2tog like a pro! 😀

That's it! Easy peasy, right? Well, it is an easy stitch, but there are a couple of tricky things about it that I'll go over after the photo tutorial.

Continue below for a complete photo tutorial.

Shop our affiliates for the perfect project bag!

*If you'd like to work up a swatch to practice this stitch, chain any number you'd like (15-20 is usually a good number), sc in 2nd ch from hook, sc in each ch across. Continue on to Photo A.

Photo A: Shows the ch 1, Turn, before you begin an even numbered row.

Photo B: Shows a sl st into the first stitch.

Photo C: Begin your first Mslst2tog by inserting your hook into the same st as the last st worked (the sl st from photo B).

Photo E: Insert your hook into the next st.

Photo G: Pull thru both loops on hook. (1 Mslst2tog created)

Photo H: Begin the next Mslst2tog (and each additional Mslst2tog) by inserting your hook into the SAME stitch as the previous Mslst2tog, yo.

Photo I: Pull up a loop.

Repeat steps H thru L for each remaining Mslst2tog that the pattern calls for. 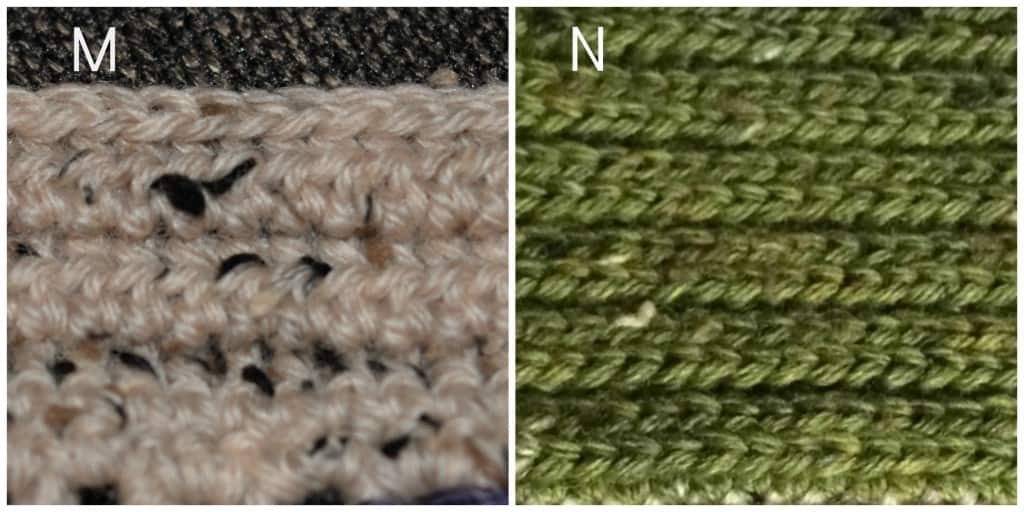 Photo M: This photo shows what the Wrong Side of your work will look like.

Photo N: This photo shows what the Right Side of your work will look like. *Note: Depending on which stitches and hook sizes are used for your odd numbered rows, your "knit-look" ribbing may be spaced further apart.

Practice the Mslst2tog on the following designs! 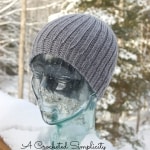 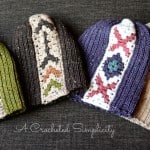 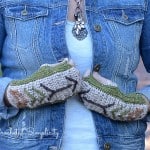 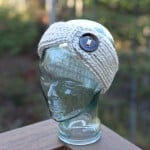 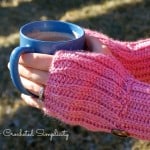 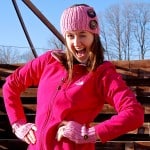 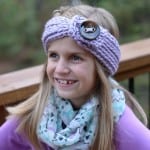 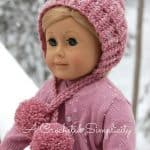 I hope by now you're on your way to mastering the modified slst2tog! 😀

© Copyright 2023 Jennifer Renaud aka A Crocheted Simplicity. All Rights Reserved. All designs, posts, videos and images are property of Jennifer Renaud and are my own original work. No parts may be reproduced, altered, or distributed in any form, or by any means, without express written permission from Jennifer Renaud. If you want to share this information with someone, share the link to this post. If you want to share on your own blog / website, then you may use the first photo in this post and link back to this post. You may not give away printed copies of this post. Thank you.

This post may contain affiliate links/ads. If you purchase something from a link in this post, I may be compensated.

Hi there, I'm Jennifer! Welcome to my little corner of the internet where I share FREE crochet patterns, tutorials, tips, and more! More About A Crocheted Simplicity 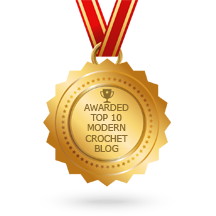